Writerly things that I got done this week:

I gave my writer’s bog a substantial facelift and overhaul this weekend. If you mostly follow me in your WordPress Reader, the change won’t be readily apparent. But you can check out the full site here to see the new format. A new look was really overdue, and I like it a lot. The layout now matches that of my author’s site, and makes for a less jarring transition when switching between the two.

I finished a new story called Presence. It’s a ghost story, and at just shy of a thousand words it almost transcended being a flash fiction piece to become a short story. I’ll be sharing it tomorrow, right here on the blog. :-)

I got most of my social media ready and scheduled across three platforms. Yes, now you and my other lovely followers will have daily content for this and next week. Putting all of that together isn’t an easy effort, just so you know… it’s about twelve hours of work that I usually spread out over a week or so.

The third chapter of Cretaceous Queen came out on Saturday and the serial continues to do well.

Writerly things I wanted to get done this week, but didn’t:

I’d hoped to make more progress on my H.P. Lovecraft and R.E. Howard tribute story Shadow of the Black Tower, but it wasn’t in the cards this weekend for lack of time. This was really disappointing, because it was the number one thing I wanted to do. :-(

What happened? Well, it began with our car battery dying and my wife and I needing a jump-start after work on a freezing night before we could get home. Then the next day an overlooked bill came up that needed to be paid to keep the lights on… like, literally. And we hadn’t budgeted to cover it. By cancelling an automotive maintenance appointment and a night out with friends to see The Nutcracker, we were able to keep the wolves at bay after throwing in all of our reserve funds.

So we’re eating Spam and knocking on wood hoping that nothing else happens to us before payday.

All that really didn’t give us a good opening into a Happy Holidays mood… but we have light and heat, and many can’t be grateful for that much. So instead of moping, my wife and I used the half day off from work Friday we’d intended originally to see the ballet with and instead cleaned house.

It needed it, and putting things in order made us feel better. At the same time we took down all of our Halloween decorations (yes, on December 1st…) and packed them away. And then —oh, boy — we brought down all our Yuletide holiday stuff.

The actual putting-up of said Yule decorations occupied most of Saturday. But getting it all done and putting the house in order was a big morale boost. And now our place looks and feels in line with the season. 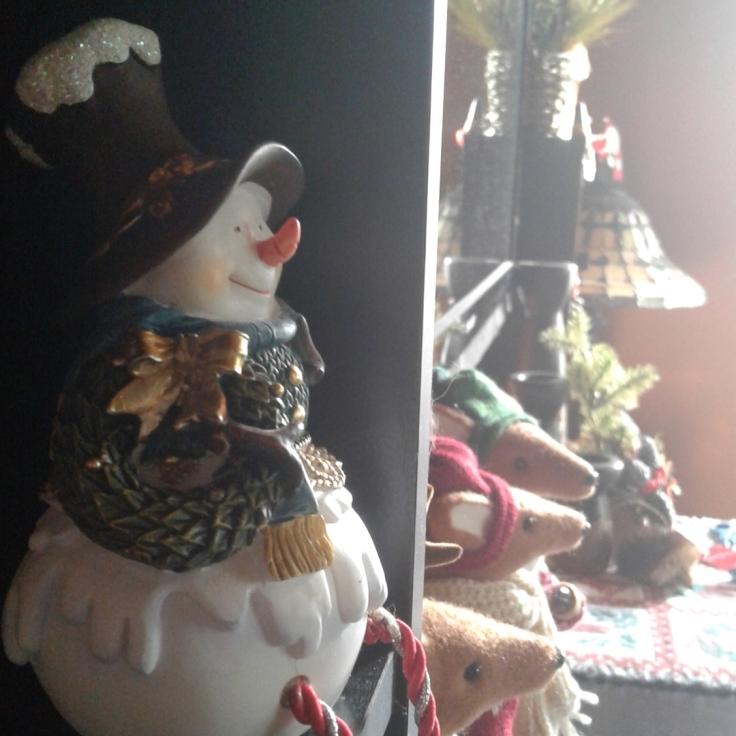 Alright, time for me to stop blogging and get back to writing some more fiction! Take care!