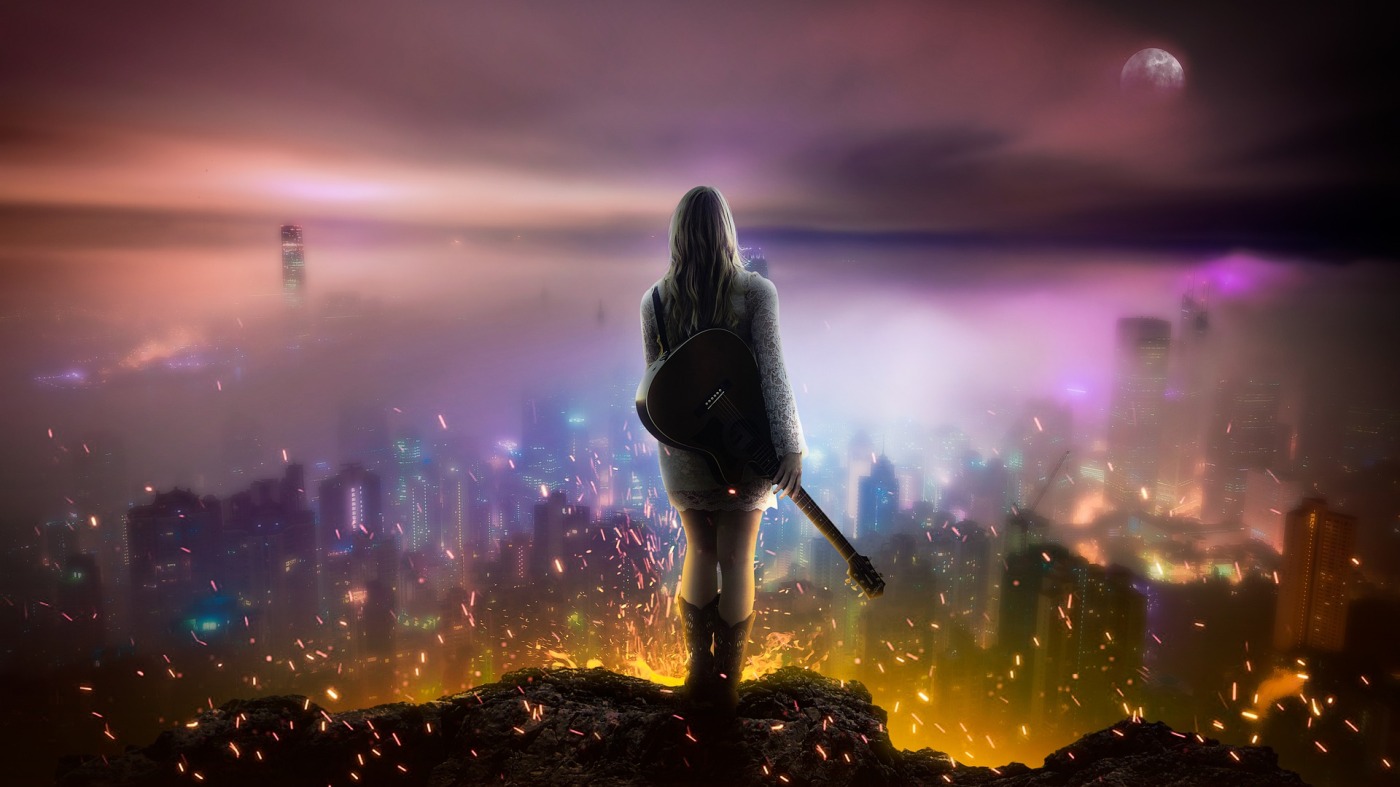 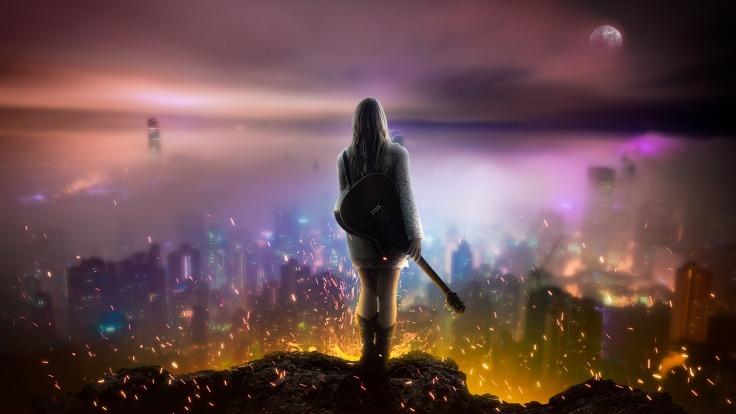 He nodded. “Neither are you.”

She took the soup he passed. “You’re a heavyweight, like most half-orcs. But unlike most of my kind, there’s something about you I trust.”

“And you have a sense of humor.”

On his throne of welded guns, he touches the demonic crown of horns above his brow. “Yes. But with it I am the King of the World. Its savior.”

“Its savior, killing billions in genocide.”

“Savior and Satan, I am one and the same.”

“Indeed,” old witch Aga sighs. “The power of resurrection is a curse. My best friend is in a fresh game, while my board is played-out.”

The bard patted his guitar. “This is my weapon. Music.”

She drew and held aloft the Keytar Sword of Casion. “And this is mine!”

The punk-aladin sliced his guitar in two with it.

“I quit!” Teed yells. “I don’t want to die an interstellar rum-runner crossing the Prohibition Zone!”

“The smuggling hold is an undetectable design,” Dran says.

Teed points to the ad on the ship.

“It says, HAVE AN ALCOHOLIDAY!”