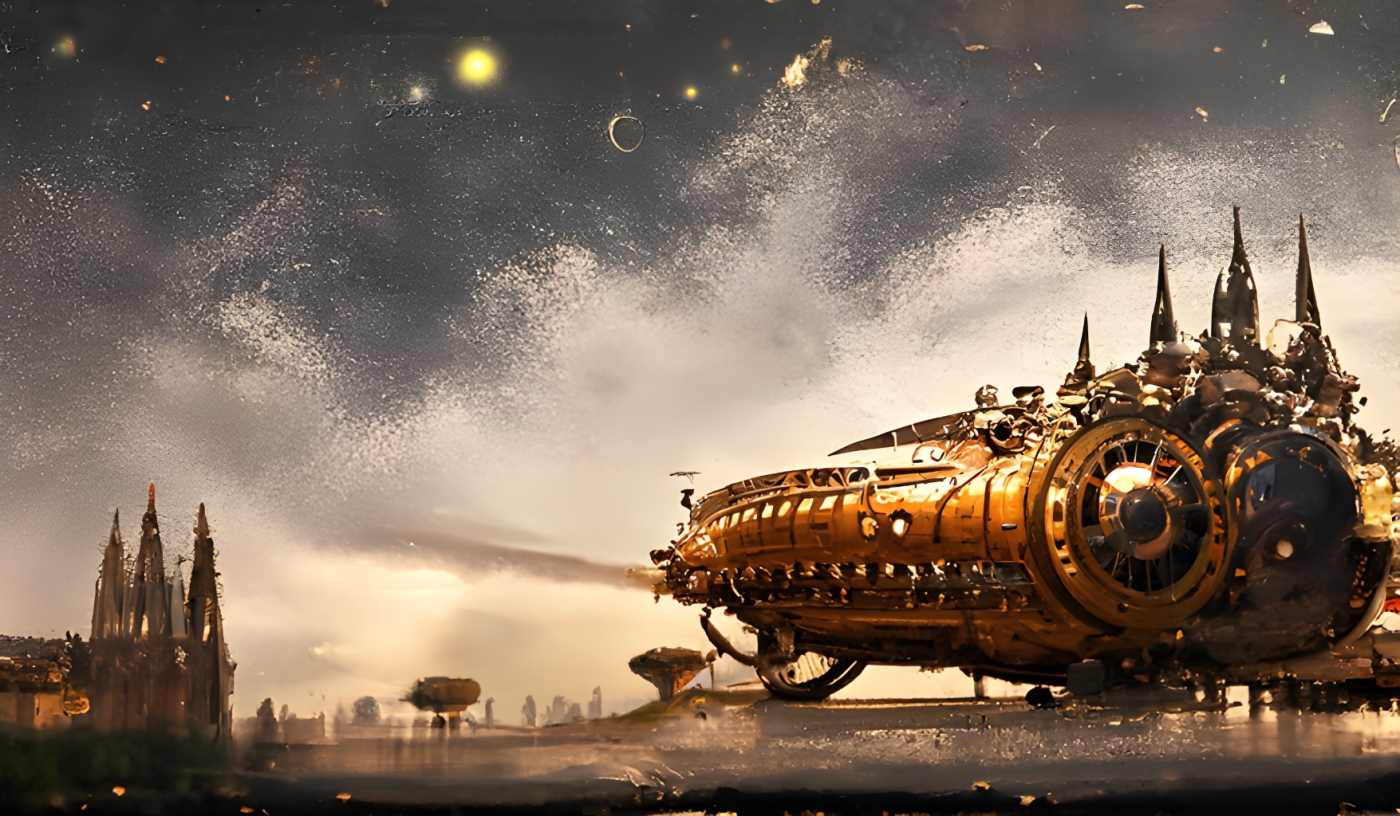 He shows the agent cordoned off wreckage from the crash site. “We tracked the UFO’s descent from orbit, but it’s a wooden, sailed ship. Some parts are made of a strange metal.” “Orichalcum,” the man in black sneers. “Space Mage technology. Lockdown the area.” “The Oberleutnant is very protective of his stolen art,” Tacha said. “It won’t be an easy heist to steal it back.” Cren waved her sister’s concern away. “He’ll never know a thing!” She eyed her. “You think you’re that stealthy?” “I’m not. But my mindwiping is.” Maka paused seeing the two ragged families: Tired mothers and fathers with children not yet teens. “Securing a tramp freighter is easy,” she said to them. “Smuggling refugee telepaths past Aries’ moon and the government inspection is going to be our challenge.” “You’re full of morphism!” “That’s right! Endomorphs, ectomorphs, mesomorphs… I hate them all!” “You need to shape up or shut up, Mister!” “You’re a family of telepaths?” “Yes. I hope this doesn’t scare you off, but we’re descended from psychic, alien… space beetles.” “But, you’re human?” “Yeah! A disease turned Grandma human after meeting Grandpa. We inherit her psychism.” “Sounds, romantic.” He crashed through fragile flame: An unseen soul struggling to crawl from candlelight. He latched onto the hand of the medium leading the séance. For the first time, the conwoman heard the dead speak. “Save yourself!” he said. “These people murder psychics!” Brilliant stars align through his sextant. “Which one do you set your course by?” she asks, passing it back to him. He sets the airship’s ornithoptic wings into motion. “The most important one…” He taps his heart. “Now, straight on, till morning.”